Calaceite, a town with history 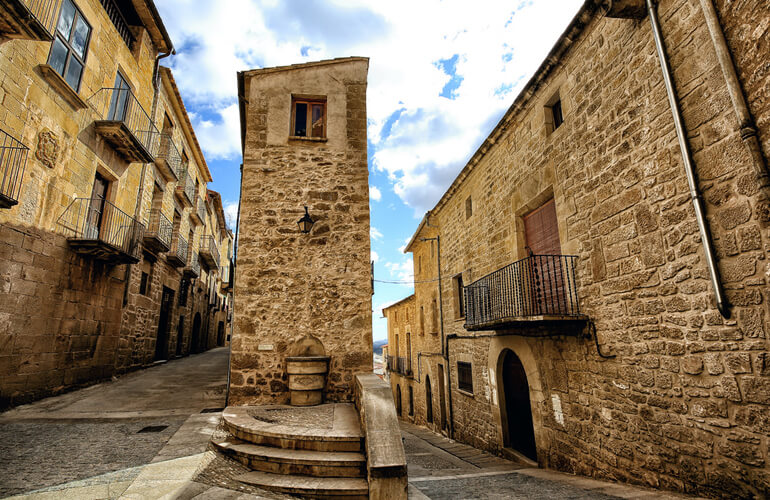 The earliest documents that have been found regarding Calaceite date from the year 1180, after the region had been reconquered from the Arabs by the monks of the military order of the Knights of Calatrava.

The town’s fine architecture shows the importance it had in the past, especially in the XV and XVI centuries, when the Spanish empire was at its peak. The main economic engine at that time was the export of high quality olive oil.

Religious monuments of the past are still preserved today, like the Baroque parish church of the 17th century. From the top of its bell tower we can see large tracts of lands stretching more than 60 miles away.

In the middle ages the town was walled. Even today we can see remains of these walls located between the stone houses. The roofs are made of old Arabic tiles, which were manufactured in a certain street in the town, from which comes the name of Tejerias Street.

Discover Calaceite, a Mediterranean town in which taking a walk though its streets is like traveling back in time.